Regret. It’s not the most obvious emotion one associates with emerging from an unprecedented global pandemic. Yet, many of us are feeling just that. Mandated quarantine, aided by social media one-upmanship, has fostered a contagion of its own – the self-improvement guilt trip.

Just when you thought Tik Tok dances and amateur banana bread-baking demonstrations were adequate lockdown distractions, some fecker raises the bar to becoming bilingual with a new screenplay and six-pack abs in tow. Given the life or death impact of coronavirus, it seems a bit harsh to berate ourselves for only acquiring a few COVID kilos, grey roots, and a justified hatred for Zoom. The bottom line? Getting by was and is, quite frankly, enough.

Given the times in which we find ourselves, I’ve included a link to my TEDx talk – Enough is Enough: Deciding to be Satisfied.

If ever there was a time to give ourselves a break, it’s now. 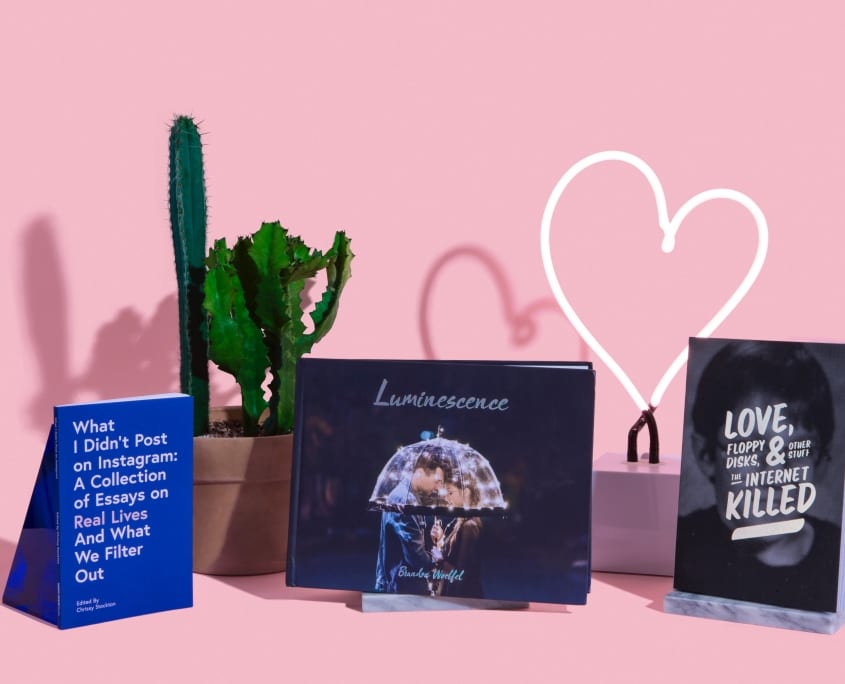 Satisfaction. It doesn’t get much press, does it? There’s no click-bait in stability, no breaking news in balance, no cliff-hanger in even keel. Hearts don’t beat faster, palms don’t get sweaty, mouths don’t dry up. In fact, we do our level best to avoid its average reputation. Why celebrate satisfaction? Because it makes sense to, that’s why.

Allow me to introduce myself. My name is Annmarie O’Connor. I’m a 44-year old self-help author. I’m single; I still rent; I earn less than most of my peers; I had a cat (but he left me), and I still don’t know how to drive. By society’s standards, I’m invisible; by my standards, I’m rather satisfied. Admittedly, my life may sound more like a Country and Western song than that of a self-help author but, aside from the packaging, it’s what I’ve always wanted. But more on that later.

What if we could? What if it were that easy? What if, in changing the definition of happiness from having it all to wanting what we have, from being our best selves to just being ourselves, finding that sweet spot – that happy medium – could be less of an epic journey and more of a cake-walk. And, let’s be honest, who doesn’t like cake? My recommendation? To make the bold decision to be enough, to be grand.

Are you still with me? This is generally where I lose people. No one queues up to hear about the life more ordinary. The speed and immediacy of our digital world has shifted our perspective from grand to AWESOME!!! We’ve been primed to expect more, aspire to better, nothing less than the best. What’s more, we’ve got the social media tools to create perfectly filtered narratives that always end in a happily ever after. The reality? It’s making us miserable.

Think about it: the very concept of ‘having it all’ carries a HUGE burden. ‘All’ by definition suggests ‘the whole of’. The whole of what exactly? ‘All’ is limitless and, to be fair, that’s a mighty big ask.

These days, wanting ‘enough’ has become the equivalent of farting in public: an embarrassing gaffe we’d rather not admit to. In a culture bent on personal agency, enough is never enough, especially when reinvention promises so many possibilities. Lost your job? Build an empire! A bit skint? Become a financial ninja! Looking for love? Swipe right until your finger cramps! Just when we start to feel the audible hum of contentment in the ether, some sneaky fecker upgrades the software. If only we could find the reset button.

What if we could? What if it were that easy? What if, in changing the definition of happiness from having it all to wanting what we have, from being our best selves to just being ourselves, finding that sweet spot – that happy medium – could be less of an epic journey and more of a cake-walk. And, let’s be honest, who doesn’t like cake? My recommendation? To make the bold decision to be enough, to be grand.

But first, let’s put satisfaction and happiness into context. Defined as ‘to do enough’, satisfaction is seen as the gateway to happiness, rather than an end in itself.

In fact, satisfaction is often ignored in favour of her hotter cousin, happiness, who, let’s face it, has her own theme tune (thanks, Pharrell!), is measured by economists, promised by politicians and relentlessly pursued by the masses. Two words: tough odds.

That said, happiness bears the brunt of expectation: a ‘have it all’ image amplified by her universal celebrity status. Satisfaction’s less Googled reputation makes her slightly overlooked but also free of public projection. No one expects a lot from the smart yet plain sidekick, which is why she’s got the upper hand over happiness.

Consider satisfaction the unsung administrator of your wellbeing. Without satisfaction, nothing gets done. Calmer and less intense, she helps focus attention on what matters most. Happiness may be the stuff of fantasy but satisfaction – she’s the real deal.

And no, this isn’t a mantra of mediocrity. Eastern mystics from Buddha to Confucius and Lao Tzu praised the middle path; Greek philosophers such as Plato, Aristotle and Socrates touted the doctrine of the mean; even modern Swedes believe in a life of Lagom meaning ‘just the right amount’. As for us? We may be a grand nation, but somewhere along the way, we confused doing our best with not doing enough, being content with just ticking over. Somewhere along the way – we developed notions.

Now, how in name of grand did that happen? Well, thanks to our tablets, smartphones and even smarter watches, the incessant flux of information in our lives mean only the truly exceptional – that 1% – make a real impact on our conscious awareness. Second best rarely gets a look in. In order to be seen or heard, the onus is on each and every one of us to break the internet, break a record, break wind even – so long as we come first; so long as everyone knows about it.

Combine this with an itch for instant results and before long, we’ve set our personal goals on fast-forward too: the four-hour workweek, the five-minute motivator, the 60-second life coach, 20 SECONDS TO CHARISMA!

‘Who wants to be a millionaire?’ may well be the catchphrase of our generation. After all, ‘Who wants to be a civil servant?’ doesn’t quite have the same ring. In a world obsessed with more, finding that balance is no mean feat. So how do we decide what will make us satisfied? How do we get back to grand? I’ll tell you how: In five simple steps.

We’re all creatures of social comparison. It’s part of our evolutionary make-up. We continually wonder how happy we are compared to others and, so, look upward and downward for clues to reassure us that we’re moving forward. Add a 5.5 inch LED-backlit widescreen next-generation smartphone into the equation and suddenly keeping up with the Joneses has multiplied to keeping up with the entire world.

You see, most of our day-to-day dealings aren’t canvassing for a thumbs-up emoji. That said, a quick scan of the internet makes it seem like the entire world is celebrating a Hallmark moment.

Think of it: If social networks and search engines use algorithms to predict what we are most likely to click, they’re hardly going to serve us a post about some young lad who almost made the big time but took a job selling insurance; they’re certainly not going to prioritize an image of the front row at Mass over Fashion Week. This selection bias makes us think of THE BEST as being normal, which can make us confuse reality with what exists online. In order to make SATISFYING choices, you’ve got to decide what’s worth your attention. Here’s how…

As a society, we focus on successes rather than failures – the tastemakers, game-changers, trendsetters, Insta-famous and overnight entrepreneurs; the stories of those who made a name on a few quid and a big idea.

Where this presents an issue is when we interpret these stories to suit our own narratives. The one-offs and one-shot deals become expectations for ourselves, despite being unique examples, which can make us overestimate our own potential.

Yes, there is scientific evidence to support the link between happiness and self-esteem; but too much of it can lead to dashed hopes and a bang of entitlement. Being better than others is how we’ve come to define happiness – but accepting where you are now – that’s crucial to satisfaction. Which brings me to…

So, you don’t have a house in the Hollywood Hills, a primetime reality show or Colin Farrell on speed dial. Most of us don’t. What’s worth your consideration is what you already have. Sometimes, life comes gift-wrapped a bit differently to how we expect it. It’s up to us to focus less on what we see as flaws and more on its favours.

I should know. Let’s recap. Not on the property ladder, not married, can’t drive, of questionable income, abandoned by a cat. What a catch! But on the flip side, I’ve also written two books, have a wonderful family and friends, live in a country I call home; and have a flexible job which allows me the freedom to write. If I had a fleet of kids, a high-powered job and Michael Fassbender to call my husband, I may never have had the time to dedicate to my true love – writing. That list, by the way, isn’t a consolation prize. It is the prize.

You don’t need to embark on an Eat, Pray, Love excursion to south-east Asia or bungee jump off the Burj Khalifa tower to create a life worth living. These broadcastable moments happen maybe a handful of times in our lives – if we’re lucky.

Small moments, on the other hand, happen more often than Kanye West’s twitter rants, albeit with less fanfare.

You know them as the hours lost to a great conversation, the spike in ice-cream sales on a sunny day in Ireland, watching your children sleep, or that first cup of coffee before the day begins; this is where the real storytelling moments happen; where enough is more than enough.

STEP FIVE: DECIDE TO BE SATISFIED

Decision-making theorist Herbert A. Simon coined the term ‘satisficing’ back in 1956 when he maintained that we should embrace ‘good enough’ over ‘best’ in matters of judgement. Why? Because it’s not humanly possible to access every single piece of information at our disposal – especially, in today’s age, let alone expect our poor brains to process it all. So, if there’s no such thing as the optimal choice, why waste time chasing it?

The bad news? Unless you’re Yoda or the Dalai Lama, none of us is a true satisficer. That said a little satisfaction does go a long way. Besides, trying too hard to make life fit a cookie-cutter version of reality always disappoints, so why overthink it? All you can do is your best version of best. Then it’s up to you to leave well enough alone. If you want a sweeter journey in life, then take the cake-walk. Give grand a go. After all, if you’re not satisfied, how happy can you really be?